Six German SMEs were awarded at the “Sustainable Impact Award – SIA” ceremony: their initiatives range from sustainably-produced burgers to advanced technologies, from haute couture to fair trade – but they are all linked by a common thread: commitment to sustainability and the welfare of future generations

During a festive gala on the evening of 2 September in Munich, the 6 most sustainable projects and initiatives, among 82 applicants from across Germany, were honoured with the “2021 Sustainable Impact Award – SIA”, which is now part of Generali’s Group-wide “SME EnterPRIZE” programme, launched for the Group’s 190th anniversary to promote sustainability among SMEs.

This year’s edition saw for the first time the participation of the WirtschaftsWoche magazine of the Handelsblatt Media Group, which was directly involved in the selection of the 6 winners: Bunte Burger, Eliev, Neumarkter Lammsbräu, Africa GreenTec, Elobau, and Mahafaly.

SIA is one of Germany’s most important awards for sustainable actions implemented by small and medium-sized enterprises and is supported by the Bundesverband Mittelständische Wirtschaft (BVMW), the leading German association among SMEs.

Sustainability is at the foundation of Generali’s corporate strategy and it is integrated into the many initiatives designed for the Group’s 190th anniversary. Giovanni Liverani, CEO of Generali Deutschland AG, commented: “As a jury member, I have seen impressive examples of sustainability from small and medium-sized enterprises. Sustainability is a prerequisite for economic resilience. Being sustainable means being more efficient, wasting less, saving more and being more innovative. The six companies that have now been awarded, and all those who applied for the Sustainable Impact Award, demonstrate how entrepreneurs can take responsibility for sustainability in their own hands and make an important contribution to the future of our society.”

The Sustainable Impact Award – SIA recognises sustainable achievements in different categories, showcasing the best success stories among SMEs. This year’s edition included the 3 SIA areas of excellence – Impact on Humans, Impact on Earth, and Impact of Products – as well as two special prizes in the SME EnterPRIZE category and the Generali-The Human Safety Net Newcomer Category. 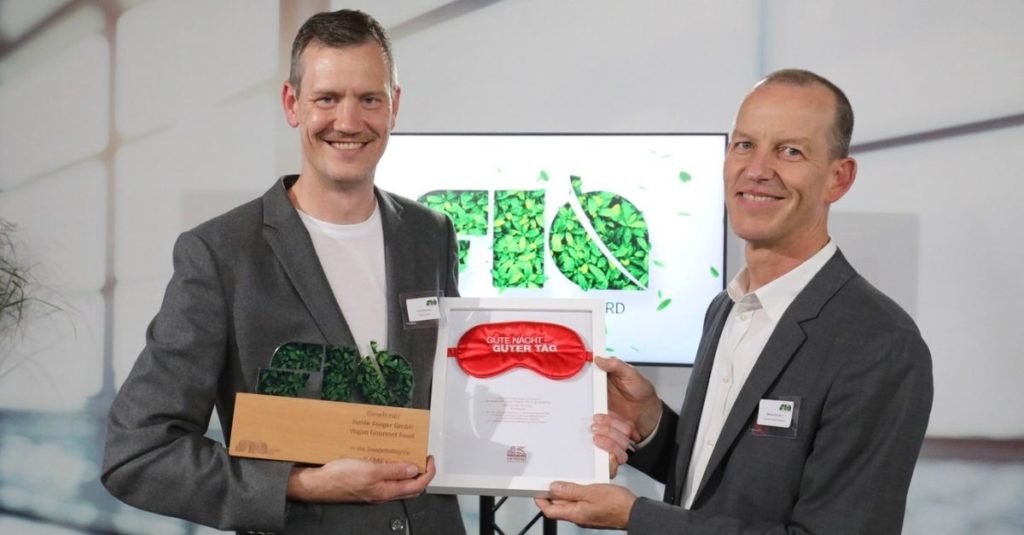 Bunte Burger Vegan Gourmet Food, winner in the SME EnterPRIZE category, is a burger manufactory founded in 2014. In addition to an organic, vegan restaurant in Cologne, a food truck and a catering business, the company also offers organic plant-based products to supermarkets. Among their sustainable initiatives feature relying on 100% green electricity and gas and using alternative, certified organic, purely plant-based protein sources. The packaging used, without composite materials, is 100% recyclable. The other finalists in the SME EnterPRIZE category were PlanA, which develops software to manage and reduce one’s carbon footprint, and Wochenmarkt 24, an online grocery of local fresh products. 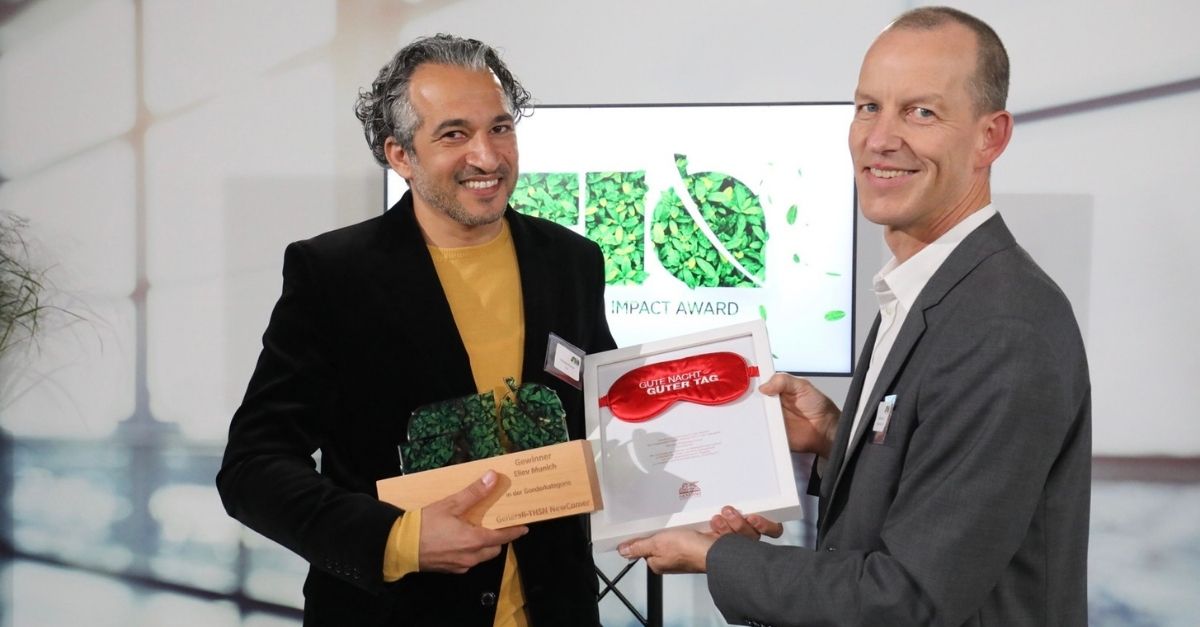 Eliev – Winner in the Generali/The Human Safety Net Newcomer category, is the haute couture label of the Syrian-born designer Mohamad Alhamod, who set up his company in Munich four years ago. With the help of a crowdfunding campaign he started, Mohamad Alhamod supports Syrian craftsmen and women who have fled to Jordan and work there for Eliev. The Human Safety Net is the Generali Group’s global programme to develop the full potential of people in vulnerable situations, including refugees. The other finalists were Smartfit Bildungsinstitut für Sprachen & Nachhilfe, an education centre aimed at integrating children of immigrants, and MFN Architektur und Bau, a construction company founded and led by a Syrian refugee. 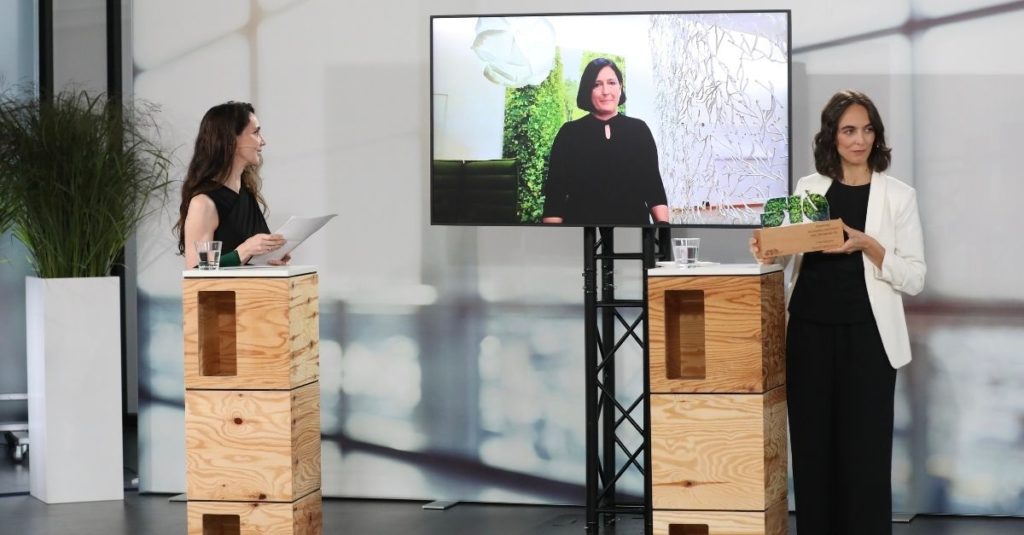 Neumarkter Lammsbräu Gebr. Ehrnsperger – winner in the Impact on Humans category – has been producing sustainable organic beer, organic lemonades, and organic mineral water for several generations. The company was recognised, among other things, for having an extensive company health management system. This includes a bonus system in which points can be collected through dental prophylaxis, non-smoking, or using a bicycle to get to work. Furthermore, they offer preventive medical check-ups as well as health check-ups or massages at the workplace. 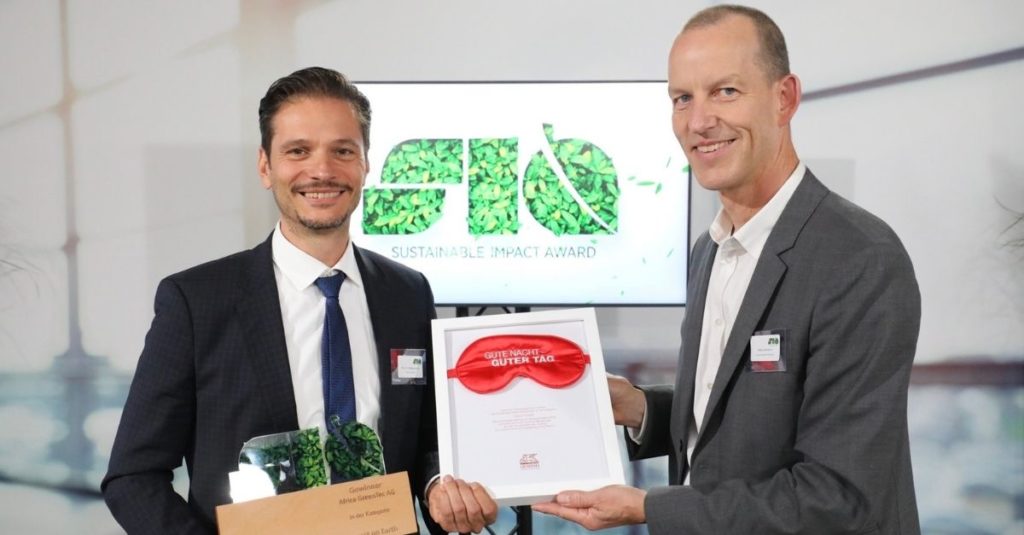 Africa GreenTech – winner in the Impact on Earth category and founded in Hainburg in 2016 – creates solar power-based island grids as an initial power supply, especially in remote, rural regions of Africa. The company develops and produces mobile “solar containers” with the involvement of local workers: these are containers in which solar modules for battery storage, water purification systems and satellite antennas are installed. The solar modules used can replace the old diesel generators and save CO2 emissions as well as costs in the longer term. 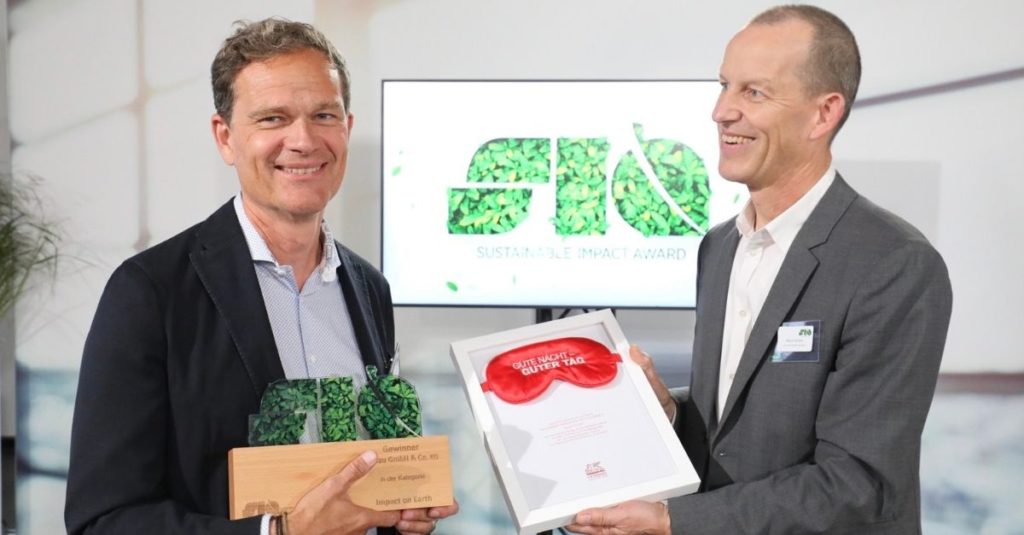 Elobau & Co – also winner in the Impact on Earth category – develops and manufactures sensor technology and operating systems for mechanical engineering and the commercial vehicle industry. The company pursues a certified environmental/energy management system in accordance with EMAS/ISO14001. In terms of direct and indirect Scope1-3 emissions (Cradle to Gate), the company has been climate neutral since 2010. In the company’s own photovoltaic systems more electricity is generated than it is consumed, and since 2021 all new vehicles in the fleet have been powered by renewable energies. 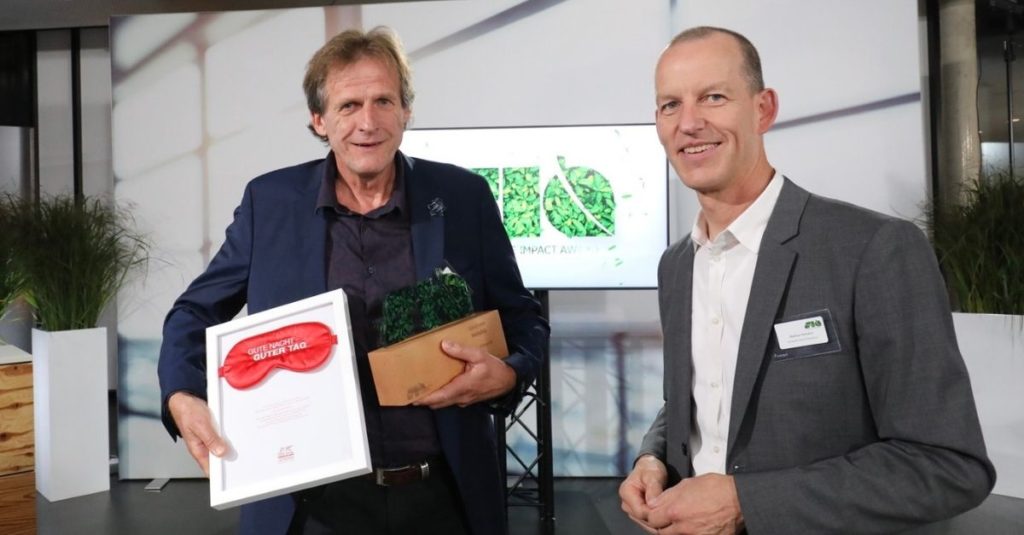 Mahafaly – winner in the Impact of Product category – is a fair trade company working with family businesses in Madagascar. The aim is to support traditional handicrafts and to produce niche articles, especially made of recycled and natural materials, to be sold in Germany. Part of the proceeds are devoted to promoting social projects, providing educational assistance, and supporting families living in poverty. All processing stages, up to and including packaging, remain in Madagascar to ensure the creation of jobs locally.

More information on the “Sustainable Impact Award – SIA” can be found on the website https://award.wiwo.de/sia/